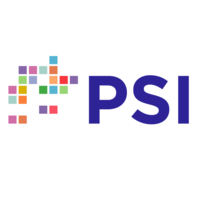 Scientists have now acquired an incredible tool in the art of genetic modification.

It’s called CRISPR, which stands for Clustered Regularly Interspaced Short Palindromic Repeat, and its discovery has opened the door to a very accurate DNA editing process that was previously unavailable.

Amazingly, CRISPR started out by observing a bacteria’s immune system. Scientists observed the way the bacteria defended themselves by stealing sections of the invading virus’ DNA and adding it into their own code. Think of it like the bacteria using a find and replace option in genetic code. This allowed the bacteria to help recognize that invading virus DNA and thwart it from attacking again in the future. (1)

No one actually invented the science; it’s already pre-programmed and has been with us from the very start. We just finally had the means to observe it in action. By watching this microscopic exchange, scientists gained new understanding about the process. The thing is, microbes have been doing this for millions of years and we’ve only just begun to understand the implications. The learning curve is huge at the moment.

CRISPR and the Future of the War Against Disease

The mystery of this new science goes very deep and while many are hailing it as a potential panacea, it’s too soon to tell if this is CRISPR’s one and only function in the war against disease. Scientists in Russia suspect it might also act on information from thousands of years of evolution, like a genetic bar code that would enable the bacteria to recognize each other as relatives. Bacteria also use CRISPR to silence their genes like a cloaking device to avoid being noticed by our immune system. (2) These new hypotheses merely demonstrate there is much very still to learn and the science of it could be far reaching.

But, like with a genie, it comes with great power and therefore great responsibility. Concerns are already growing. Recent research discovered that the mice exposed to CRISPR to correct a gene which causes blindness have already undergone multiple mutations beyond the first genetic manipulation. Yes, it cured the blindness, but it also resulted in other mutations: over 1500 small alterations and some 100 larger ones. However, the laboratory where these mice were experimented upon used the technology in a new and different way than most other laboratories. (3) Because animals are much more complex than microbes the predictive algorithms used by scientists to predict off-target effects are not as accurate. (4)

The need for control remains a concern because CRISPR raises a great deal of ethical issues. Of course the world wants cures to some of our most horrific diseases, like cancer and HIV. People will welcome that aspect of the science to continue as quickly as possible. But then, editing genetic code that could be passed down through multiple generations brings up many grey areas in terms of consent. (5)

There is always the fear that the science will be used in non-therapeutic, cosmetic ways, but the truth is the science is miles away from being that specific. Controlling those aspects of genetics to manipulate specific characteristics like eye or hair color is unbelievably complex, and it will take a great deal more testing before we understand how and why the human body works. As with all scientific breakthroughs, CRISPR will be strongly regulated, and it has a very long way to go before it can be used safely to repair genes in humans.

Forward with Caution and Hope

However, CRISPR’s discovery has opened the door to a great deal of new applications and more effective gene editing procedures. It is being used as a springboard for a multitude of new ideas. There are thoughts it could be used as a diagnostic tool to track cells. After all, scientists have been collecting genetic data for years. With that history, CRISPR could be used to test and determine what causes genetic changes and how they resist our efforts to remove them.

In other words, the tools for genetic research has just been expanded tenfold, forming new thoughts and ideas that could surge us lightyears ahead in the scientific field, not just in the field of genetic manipulation but in a myriad of sciences as well.

And regardless of where it goes, it’s impossible for the genie to go back into the lamp.

The question is are you ready for what the CRISPR discovery could mean for the future of clinical trials? What are you excited by and what words of wisdom would you share for those about to embark on this venture?