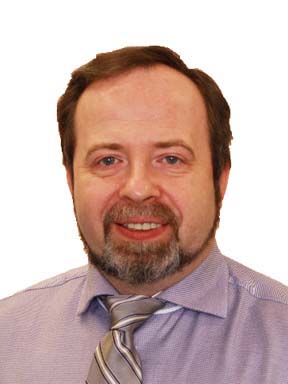 Last month, I had the honor of representing PSI CRO at the European Crohn’s and Colitis Organization (ECCO) 2022 Congress. Now in its seventeenth year, this is the biggest event for all those working at the forefront of inflammatory bowel disease (IBD) clinical research, with nearly 6,000 attendees representing more than 100 countries.

This year’s theme was “Navigating the Oceans of IBD,” focusing on what it takes to transform the latest science into practical approaches. The numerous sessions discussing novel treatments made it clear that IBD is an exciting therapy area with many new treatments on the horizon. While new therapies will offer more choice for patients and the potential for more personalized treatment in IBD, studies testing the efficacy and safety of novel combinations will be required. In addition, presenters highlighted the need for head-to-head comparative trials to help guide treatment decisions. I’ve identified five IBD clinical development trends to watch as you plan your next study.

#1: The potential of JAK inhibitors for improving the efficacy of ulcerative colitis (UC) therapy

The latest data on Janus kinase (JAK) inhibitors demonstrates that these therapies have a rapid onset of action, are associated with durable efficacy, and achieve stringent composite endpoints encompassing both endoscopic and histologic assessments with a favorable benefit-risk profile. The key to clinical efficacy for these therapies is selectivity. With a highly selective agent, we can suppress JAK1 with a higher dose while remaining below the threshold of JAK2 activation. Selectivity brings us to a different level of clinical efficacy, and greater JAK1 selectivity over JAK2 could potentially translate into a more favorable benefit-risk profile.

As a systemic inflammatory disease, IBD can affect other organs, and more than 40% of patients with IBD have at least one extra-intestinal manifestation. Selective JAK inhibitors may also make an impact here. One study found that a 45-mg induction dose of upadacitinib resolved more extra-intestinal manifestations at eight weeks than placebo (40% versus 33%) with an even more striking difference in resolution of peripheral or axial arthropathies (55% versus 42%). Similar effects were observed in a maintenance phase.

#2: Tailoring each clinical trial to the drug’s individual safety profile

Patients’ top concerns when choosing treatment include the achievement of long-term remission; route/frequency of administration; and such safety considerations as risk of infections (particularly of herpes zoster and tuberculosis), cardiac toxicity, and lymphoma risk (the last one is most relevant to biologics and small molecules). Some of these safety concerns, such as the risk of serious infections, vaccination status prior to initiation, and liver function, are universal and relevant to all drugs. Some are drug-specific; for instance, viral reactivation and non-melanoma skin cancer for tofacitinib and filgotinib.

#3: The need for additional research into long-term effects

Additional research is needed into the IBD therapies’ potential for long-term effects, such as progressive multifocal leukoencephalopathy (PML), which is associated with certain inflammatory disorders. PML is a rare, opportunistic viral infection of the brain caused by the John Cunningham virus (JCV), typically in immunocompromised individuals. The seroprevalence of JCV antibodies ranges between 35% and 90% in the adult population as a latent or persistent infection. PML is also seen in inflammatory disorders such as systemic lupus erythematosus (SLE), sarcoidosis, polymyositis, and myasthenia gravis. Most cases were seen in multiple sclerosis with natalizumab. Patients with IBD are also considered at risk and need to be monitored for PML.

#4: An increased understanding and treatment options for patients who don’t respond to anti-TNF therapies

A significant number of patients fail to respond to anti-tumor necrosis factor (anti-TNF) therapy. New data suggests that interleukin 23 (IL-23) may be a key driver of molecular resistance to anti-TNF therapy, and blocking IL-23 may restore the balance between pro- and anti-inflammatory responses in the inflamed gut. There are several treatment options for such patients, but there have been no attempts to compare efficacy of different drugs until recently.

Two studies were presented at the congress that addressed this gap. The first one compared tofacitinib with vedolizumab in adults with symptomatic UC with prior exposure to at least one anti-TNF treatment. Both groups met the primary endpoint of corticosteroid-free clinical remission at 16 weeks (45% for the tofacitinib group and 40% for the vedolizumab group); however, the endoscopic improvement at week 16 showed the superiority of tofacitinib with a 24% rate versus 7% in vedolizumab patients.

The second study compared vedolizumab to ustekinumab after at least one anti-TNF treatment failure in subjects with Crohn’s disease. The study’s main objective was to compare the short- and long-term treatment survival rates with efficacy and safety as secondary objectives. The study showed a statistically significant higher five-year survival rate with ustekinumab, with the safety profile being similar for both drugs.

#5: New approaches to defining treatment goals in both UC and Crohn’s disease studies

In all international guidelines, treatment goals include endoscopic parameters (normal mucosa or Mayo endoscopic score 0-1). Most recent clinical trials include endoscopic subscore 0-1 and both central reading and histology during initial trial. Mucosal healing can now also include histologic improvement, as seen in the ustekinumab program.

The upadacitinib program looked at the composite endpoint endoscopic-histological score and histologic remission defined as a Geboes score of less than 2.0, which means the absence of neutrophils both in the epithelium and the lamina propria. The Geboes score is a six-grade classification scoring system to assess inflammation in UC. The most stringent definition is Geboes score 0-1: no eosinophils, no neutrophils in lamina propria, no neutrophils in the epithelium, no erosion, and no ulceration. Achieving histologic remission may be correlated with improved patient outcomes: decreased risk of clinical relapse, decreased corticosteroids use, lower risk for colectomy, and lower risk of hospitalization. Increased mucosal inflammation in UC may be associated with an increased risk for colorectal cancer.

As the need for clinical trials in Crohn’s disease and ulcerative colitis grows, CRO collaboration matters more than ever. At PSI CRO, we’re committed to keeping abreast of the latest scientific advances and partnering with the companies doing the most exciting work in the IBD space. Learn more about our IBD expertise here and how we can support your next study.